Hotel Lutetia has always been an expression of elegance and culture: the structure, which is situated in the heart of the French capital, represents, since 1910, the year in which it was developed, a symbol of the Parisian tradition and it has experienced a transition from the design of Art Nouveau to the style of Art Deco, maintaining a captivating intermingling between classical and contemporary elements.

Intellectuals and artists amongst the most renowned ones stayed within its sumptuous walls, from James Joyce to Saint-Exupéry in terms of literature and from Picasso to Matisse with reference to painting, to mention only a few of the outstanding personalities that found their inspiration in the sinuous lines of Lutetia for the execution of their creations. Moreover, the bar of the hotel was at the centre of a musical movement, the Jazz one, greatly celebrated in the vibrant Parisian culture. Last but not least, politicians and tacticians of the calibre of Charles de Gaulle and businessmen such as Pierre Bergé, co-founder of the fashion house Yves Saint Laurent, were guests of this luxurious hotel, giving even more glory to the history of this impressive architecture. Today the hotel can boast of a 700smq SPA and a Brasserie managed by 3Michelin star chef Gerald Passedat.

The current aesthetics of Lutetia was modelled after a restoration which took 3 years, starting from 2014, carried out by the design studio of the architect Jean-Michel Wilmotte, who was able to skilfully merge the ancient with the modern, thus emphasising the historical sinuosity without neglecting the contemporary inserts of this precious building. 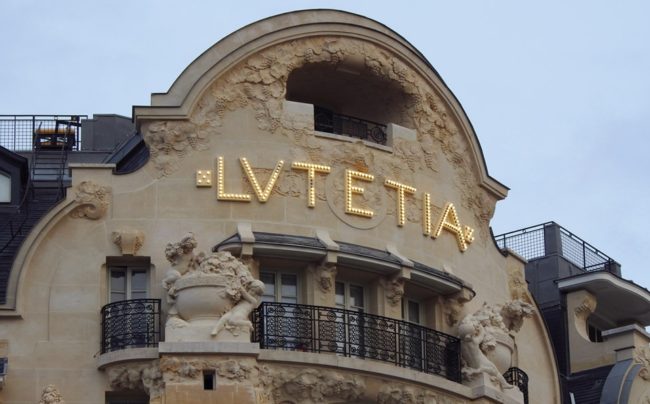 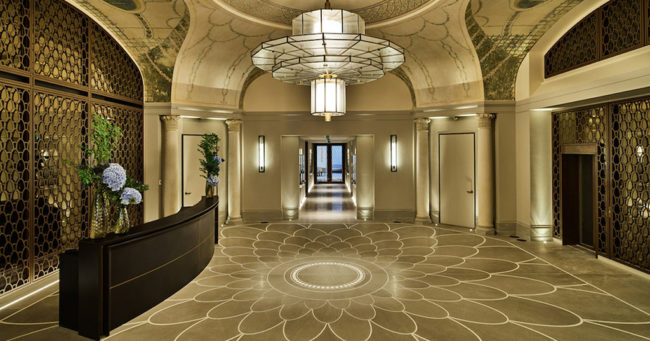 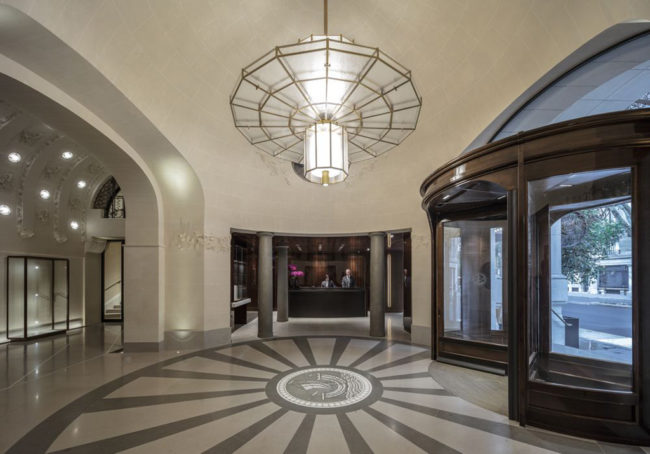 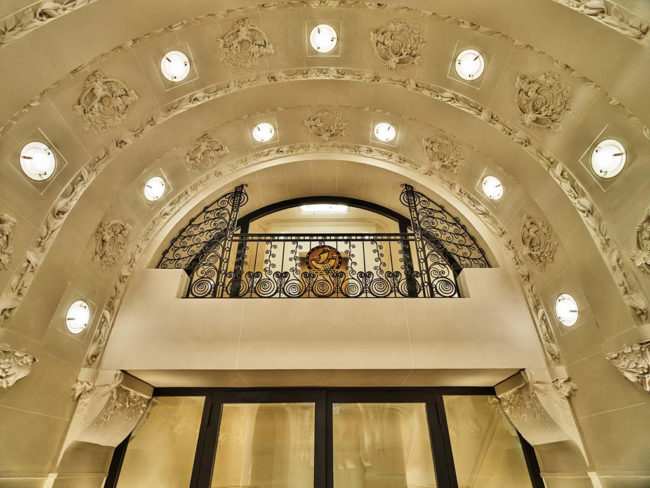 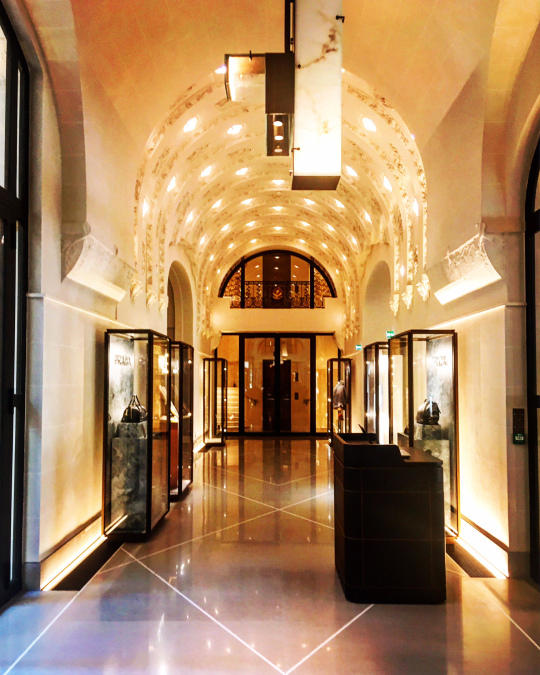 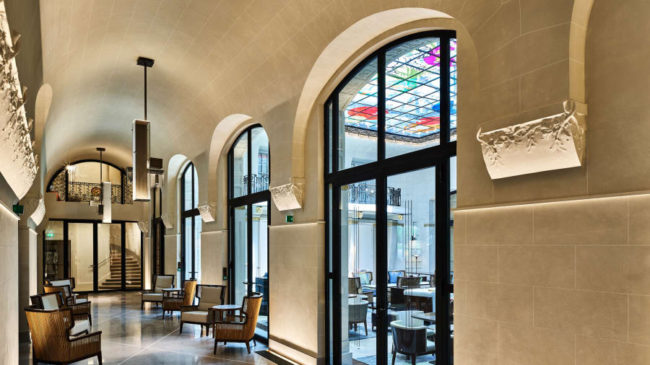 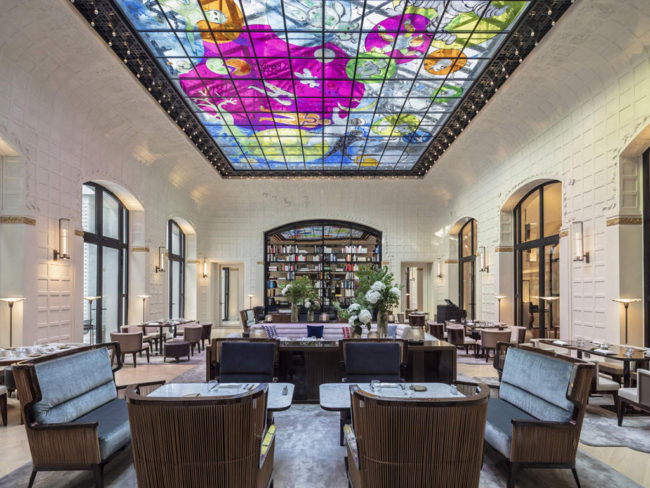 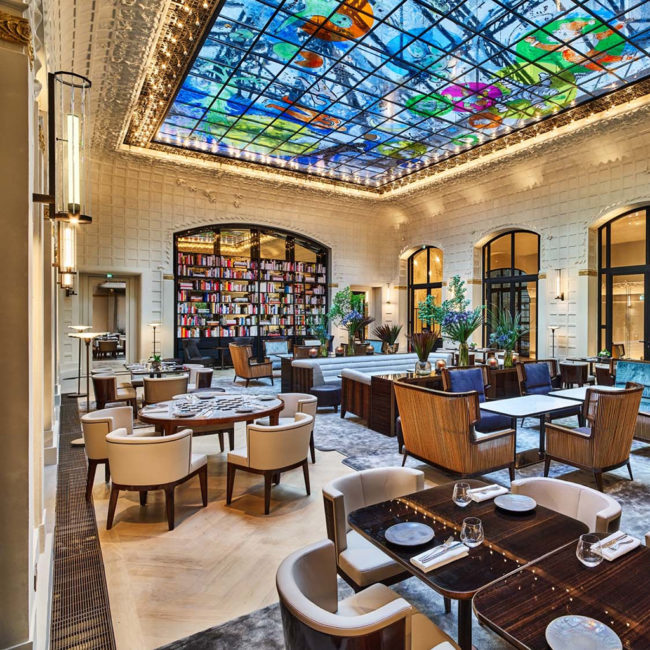 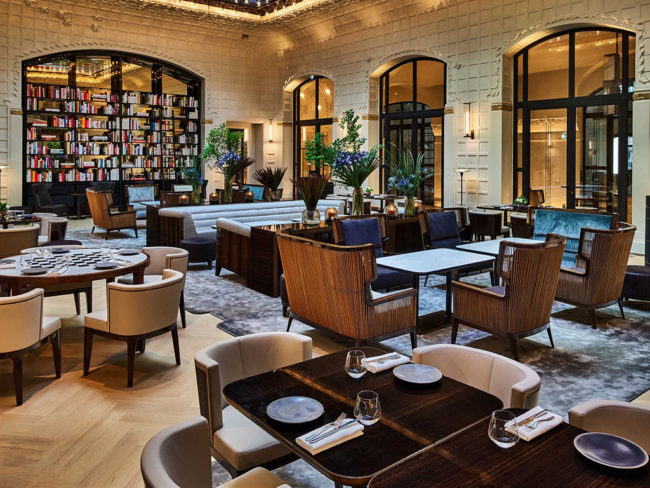 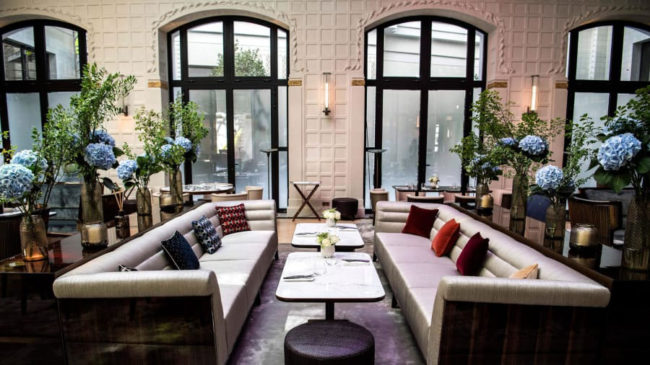 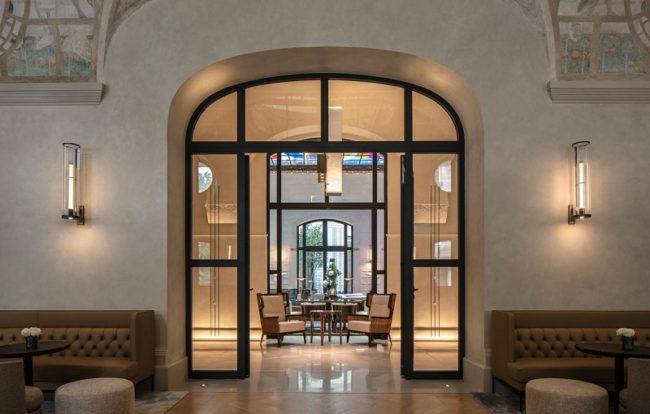 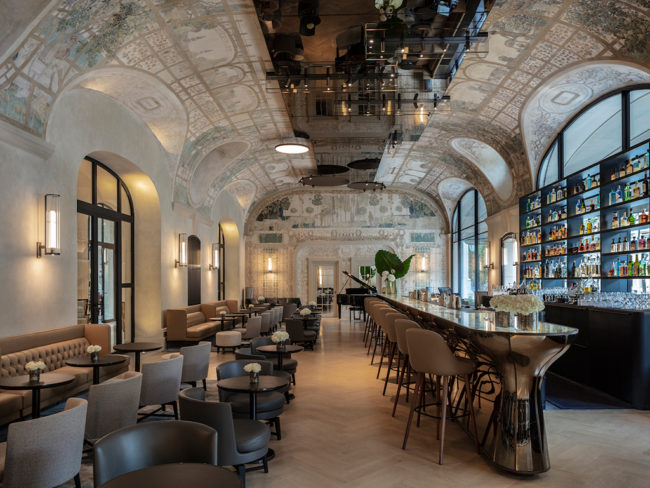 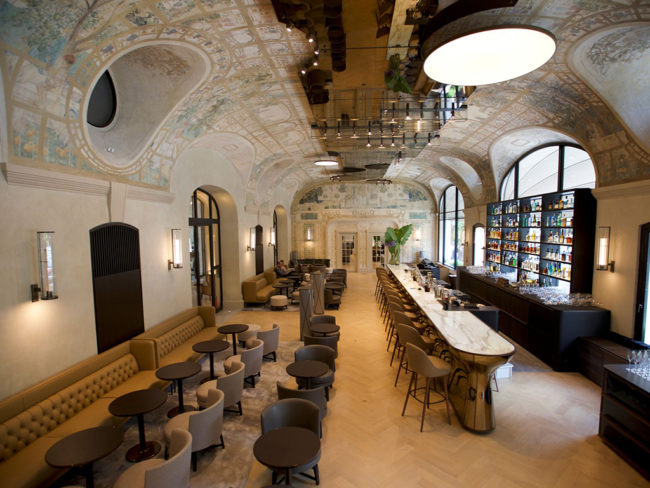 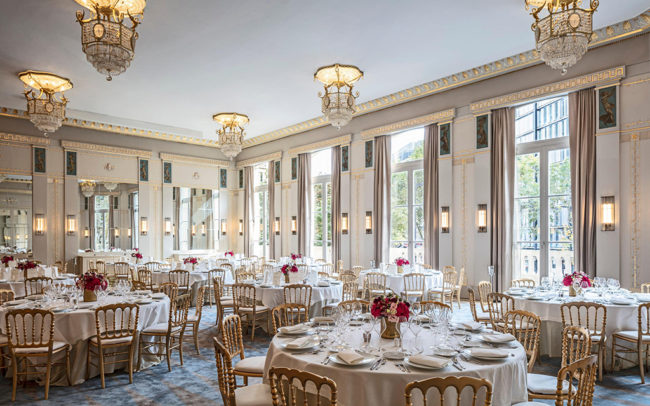 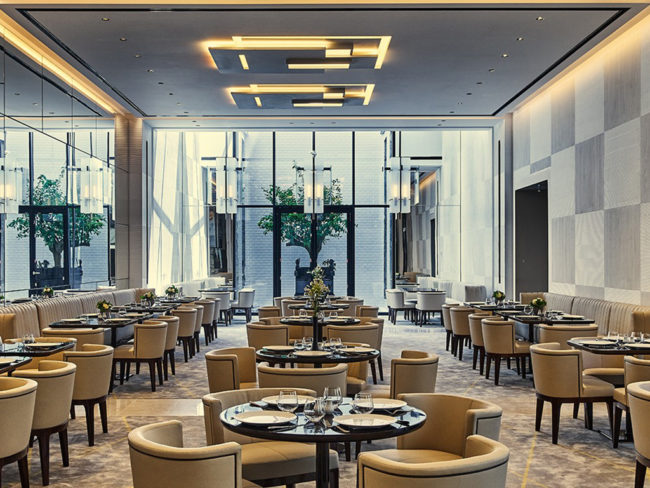 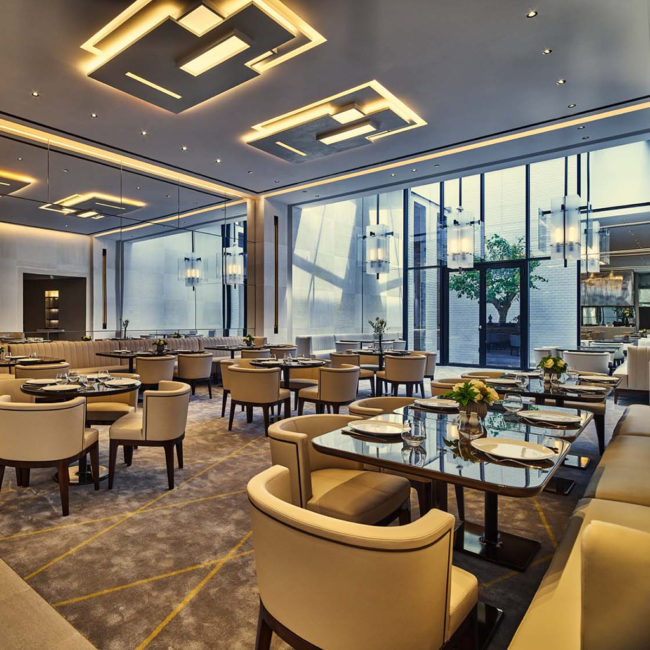 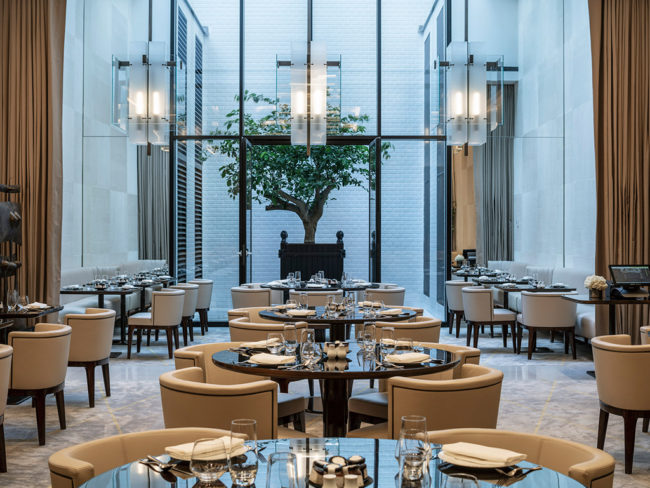 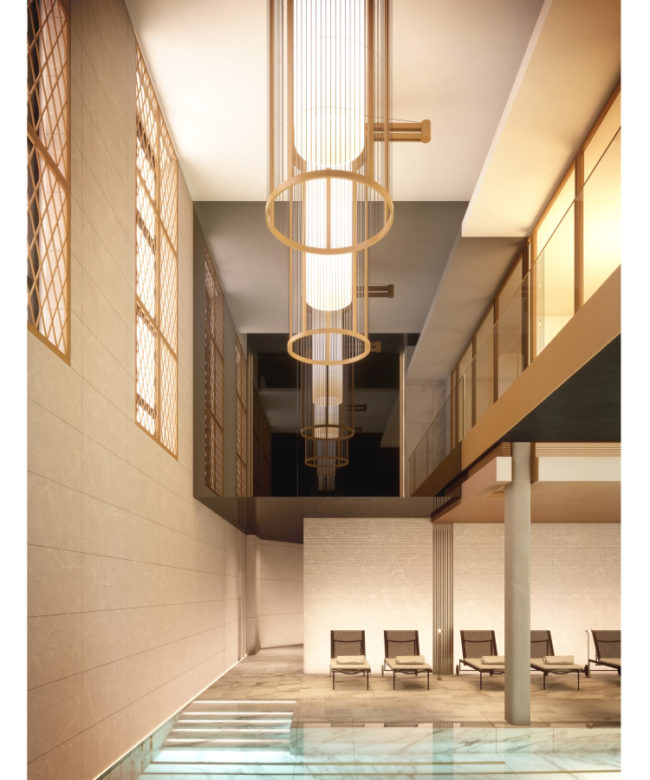 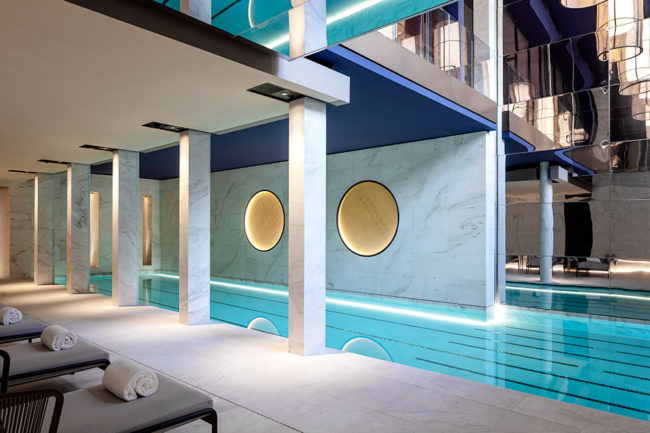